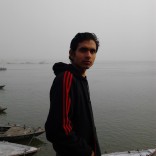 Varun is an enthusiastic young writer who is energetic and…

Your Heart Has a Direct Link to Your Gum Disease: Fact or Fiction?

A woman is the most significant creation of God. We all came to this world because of women. Women take care of the whole house and family. So, taking care of women is the ultimate responsibility of every household. The fibroid is the most dangerous disease for women across the entire world. Most of the women suffer from Uterine Fibroids and does not get any cure.

Indian women are more prone to Fibroid due to lack of awareness among themselves about the disease. It is found that almost 80% of women are suspected of this disease when they reach to 60. The worst part of Fibroid is that it doesn’t have any significant symptoms.   Women who are not having a kid are more susceptible to this disease. In Fibroids women have heavy periods, pain in pelvic area and various other problems. It is also heredity and if someone in the family has that disease than chances increased drastically.

It is found in research that Yoga has a solution for various diseases. It has cured various deadly diseases in the past. Medicines of today’s generation have different side effects which affect adversely on human’s body. Medicines are also very costly which can not be afforded by mid and weak level production. Medicine can be taken only when symptoms of the disease are there or disease has occurred. Yoga can prevent you from diseases.

India has become the Yoga Capital of the world. Ramdev Baba is brand Ambassador of Yoga. He has taught yoga to more than 1 billion people. He has yoga exercise for almost all the diseases. Yoga positions suggested by Ramdev have shown fruitful result without any dangerous implication. More than 1billion of people have benefitted from his yoga exercise.

“Kandharasana” which is yoga practice found by Ramdev to curb Fibroid has produced fruitful results all across the world. One vital thing of yoga is you need to do it properly with proper position. Any slight mistake in changing the mistake can nullify the effect. Baba Ramdev also has other unique tips to curb Fibroids. It is recommended for very women as it may happen that women will never suffer from Fibroid. Also, those women who suffer from Fibroids can use it to get relief. Till now not a single medicine is there which can cure Fibroid completely. Various treatments which are there for Fibroids are very expensive, and the common person can’t afford it.

It is proved that natural remedy is the best treatment for any disease. It is cheaper and has no side effects. Yoga Exercise of Ramdev Baba is one of the best solution available in the market for Fibroids. So, why to waste money if it is cured naturally without any side effects. The exercise gave by Ramdev Baba also has various other advantages with it. Exercise can be implemented anywhere and without anyone’s help. So, stop scaring of Fibroids and start doing using Yoga exercise taught by Ramdev Baba as “Prevention is better than cure”. 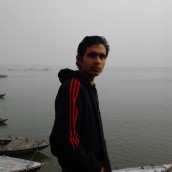 Varun is an enthusiastic young writer who is energetic and talented. He has done BE and MBA. He has sound analytical and technical skills. He is the blogger, SEO Expert, who likes to write on social issues.

5 Reasons Your Boobs are Sagging Faster

The 4 Most Dangerous Yoga Poses (Seriously)