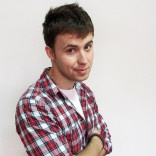 Mike Jones is a Boston University graduate, with an MS…

Professional Chauffeur Service for a Safe and Happy Journey

The mere thought that a secret group of elite people controls the world is terrifying. It’s also a particularly interesting area to explore, as it brings forward some interesting theories. The Illuminati have been at the forefront of the world’s attention, instantly associated with the very concept of “secret society”. Then again, wouldn’t the most successful secret society be the worst? Because this one, in particular, is not so secret, if it exists.

It’s the stuff of movies that some believe to be everything but fictional. Numerous conspiracy theories are looming over our heads. Big Brother is watching. The All-Seeing Eye knows everything, controls everything and decides everything. The way it’s presented, the Illuminati is as close to a concentrated form of human deity as we’re ever going to get. They are the puppet masters of the world, infiltrating everywhere and manipulating everyone. Celebrities linked to Illuminati.

There are many interesting rumors about the inner workings of this secret society, but a terrifying one is the fact that they are omnipresent & omnipotent. Ranging from the U.S. government to NATO, U.N., and the Vatican City, their reach has stretched into every branch of the world as we know it. And, as some would claim, they have amplified their influence with the help of celebrities – the ones that are setting trends as they stand in the spotlight.

If you think about it, it makes sense. What better place to hide than in plain sight?

Numerous celebrities, be it actors or singers, have been linked to the mysterious group through their gestures, appearances, or choices made throughout their careers. They have become iconic in the entertainment industry, and their names are etched on platinum records or in the very pavement of Hollywood. However, while highly successful, rumors have been heating up around them about their alleged association with Illuminati.

The rapper, songwriter, and businessman have probably been simmering in the Illuminati rumors the longest. Every single record released by the man has gone platinum, and his name now bears tremendous weight in the world of entertainment. Jay-Z is no longer just a man, but an actual influence and one who’s words do have an impact on his major fan base, whether we want to believe it or not. The press is following him around, and his name promotes every product there is. It’s astounding to think just how much he is worth after several years in the business.

However, it’s more than his clothing line and very successful wife that people are talking about on the internet. Rumors have swirled around Jay-Z’s potential affiliation with Illuminati, picking on numerous hints that the rapper has been dropping throughout the years. There’s even a website dedicated to those curious about his link to the elusive group of elites that influences the world as we know it.

Why is he rumored to belong to the Illuminati? Jay-Z’s gestures themselves have been shown to take the shape of the very symbol of the group, the triangle representing their all-seeing pyramid. He is often creating it with his hands, showing it off to the crowd of adoring fans cheering him on stage. His clothing line is also etched with Masonic symbols.

That’s right, Beyoncé and her husband, Jay-Z, are officially the Illuminati couple that is plastered on the covers of magazines and the center of rumors. In fact, their baby girl is believed to have been named for the sake of honoring their loyalty to their group. Their daughter’s name, Blue Ivy, is considered to be an acronym for Born Living Under Evil, Illuminati’s Very Youngest. The controversy is everywhere, and it’s only speeding up with every single video the artist makes.

Beyoncé’s influence is, as it is in her husband’s case, undeniable. Her music is known across the world, and mostly every song jumps at the top of the billboards. In fact, there’s a running joke across the Internet that if you ever find yourself alone in a country where you don’t even know the language, you can say “Beyoncé” and people will immediately relate to you. It certainly sounds like the kind of guy the Illuminati would want.

Beyoncé’s music videos are often riddled with Masonic symbols and abstract shapes that boast the secret society’s choice of logos and marks. Conspiracy theorists have dug deep into the lyrics of her songs for hidden meanings and snapped pictures of her making the same triangle gesture as her husband. They’re certainly not making it difficult for them to draw the link. However, there are websites out there looking to disprove the rumors.

Arguably Hollywood’s most famous actress, Angelina Jolie has not escaped the rumors surrounding her involvement with Illuminati. It’s not about odd symbols that she wears on her clothes or subtle hints found in her blockbusters such as Tomb Raider. No, the successful actress is mostly associated with the enigmatic group due to her relatively recent decision of undergoing a double mastectomy. For anyone who does not know the story, here is the gist: Angelina Jolie found and feared that she was at a high risk of developing breast cancer. To avoid the life-threatening condition, she opted to have the surgery, even though she did not have it yet.

However, the actress did it as the preventive measure, just to sleep well at night knowing that she will not get breast cancer and her children will not run the risk of growing up without their mother. The tabloids have called this an “inspiring act,” with her husband Brad Pitt boasting her “courage” and love for her family. That’s not what conspiracy theorists are saying, though.

Those linking Angelina Jolie to the Illuminati believe that it was all a clever P.R. campaign to promote the viability of the BRCA1 patent. It’s a test that costs between $3,000 to $4,000 that ascertains the genetic risk of a woman to develop breast cancer. It has been accused that Jolie underwent the test and surgery only to become the poster girl for BRCA1. She promoted the procedure and urged women around the world to get tested as well, along with raising awareness for breast cancer.

It’s a multi-billion dollar move for the pharmaceutical company in charge of the patent. It also does not help that her choice coincided with the U.S. Supreme Court’s pending decision on corporate ownership of the test.

If there’s anyone who has influence and a major name in the entertainment industry, it’s Madonna. When you write and sing a song called “Illuminati,” there’s no doubt that rumors will explode. Ranging from the actual name of the song to the backgrounds at her performances, Madonna has given many reasons to conspiracy theorists that link her to the famous secret society. Symbols of pyramids are etched everywhere during her concerts, and her dancers are frequently dressed as devils in full on ritual mode. There are nods to organized religion, satanic worshipping, and numerous other signs.

Perhaps it’s all a major show, or it’s only the artists’ eccentric nature and style. One thing is for certain, though, the singer has not shied away from the subject. In fact, while Madonna has denied any implications with the group, she stated that she knows who “the real Illuminati are.” That only added further fuel to the blazing fire.

The global celebrity expressed her beliefs that the real members are “scientists, artists, philosophers, and writers” from the Age of Enlightenment, hence the name “Illuminati”. Not to mention she also stated that people often misinterpret the word, saying that they should instead associate it with “people with consciousness, individuals who are enlightened.” According to Madonna, they’re not evil people who are controlling the universe. She does seem to know a lot about it.

Read About: Expensive Celebrity Homes in 2016

Is it possible that she had introduced the iconic pyramid symbol into her eccentric wardrobes? Very much so. Lady Gaga is among the latest successful artists to be linked to the Illuminati. Even more, she seems to have been placed high up as a representation of their most feared weapon: mind control. Conspiracy theorists have tied Lady Gaga’s entire persona to a symbol of falling victim to mind control and the will of others.

Beyond the style of the artist’s outfits, which are outlandish and sometimes disturbing, they have called attention to her entire façade and her songs themselves. They speak of surrendering yourself completely to someone else, etched with messages in a robotic voice. Quite a meaning to send to her fans who want to be just like her. Theorists have stated that she is the epitome of mind control used as a weapon, one that should be desired by all and sought-after.

Furthermore, even the name “Lady Gaga” itself seems to promote a mindless and vague person. After all, “Gaga” is the word of the absent-minded, one often spoken even by babies. It’s so simple in its nature that they have only drawn more lines to the singer’s association with the world-dominating group and their mind-controlling ways. 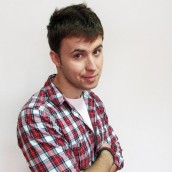 Mike Jones is a Boston University graduate, with an MS in Mass Communication. He is a full-time writer, passionate about entertainment and pop culture.

Benefits of Vitamin E for Skin and Hair

7 Shocking oriental beauty ideals you would not believe