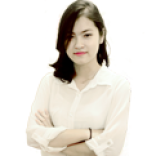 Lyndsie is the apprentice at Nutrition Society of Australia after…

Oral Thrush – What is that?

In case you see some white rashes which look strange inside the mouth, it might indicate that you have incurred the condition named thrush. In fact, it is a type of infection which is triggered by the candida fungus and it is actually a yeast. Not only limited to the mouth, you can see this thrush condition on any part of your body. For infants, it can trigger the diaper rash or for women, it can cause vaginal yeast infections.

Basically, anyone can be the target of thrush; however, most common targets would be toddlers and babies as well as older adults or people who have weak immunity.

Oral Thrush – What Cause It?

You might be able to find some candida fungus in not only mouth but also on your skin and even digestive tract. Normally, it causes no harm and is often kept in check by other bacteria within your body. However, there are occasions such as some underlying illnesses or certain medications like antibiotics or corticosteroids which can break that balance. As a result, the fungus will overgrow and get out of control. Then thrush occurs.

Besides, there are several other causes such as:

Moreover, if you wear unsuitable dentures or even smoke, you will be even more vulnerable to thrush. The mothers can be infected from their babies when they breastfeed the babies.

Oral Thrush – What are the Symptoms?

The most obvious sign would be the slightly raised and white areas inside the mouth. The usual locations would be your inner cheeks as well as the tongue. However, they can be found even on the roof of mouth, back of the throat, tonsils and gums, thus make those areas look similar to cottage cheese.

Read About: How to Get Whiter Teeth at Home

Another distinguishing feature is pain and they might bleed slightly in case you brush the teeth or scrape them. In the worst case, thrush can spread to the esophagus, thus cause:

The same fungus which triggers oral thrush can be found in other body’s parts such as skin, liver or even lungs. Also, people who suffer from HIV, cancer as well as other underlying conditions which can weaken immunity can be more prone to oral thrush.

This condition can heal itself; however, if you don’t want to suffer from pain and discomfort, there are several home remedies for oral thrush that you can try in order to speed up the healing process as well as prevent the bacteria from overgrowing again.

It is usually regarded as one of the best natural remedies because it can eliminate the habitat of candida fungus. Additionally, salt can alleviate the symptoms in case of infection.

You can take ½ or 1 teaspoon of salt and have it diluted with some warm water. Then you can use that mixture to gargle and practice again and again until the symptoms are subsided and you no longer feel uncomfortable.

Also, you can take some salt onto your finger and gently rub onto the tongue for couples of the second. After that, have your mouth rinsed with warm water? Practice twice per day for several days.

The probiotic yogurt is known to be containing lactobacilli – also known as an excellent natural countermeasure of the fungus that causes oral thrush. However, you should only use the unsweetened or plain type of yogurt for the complete effect.

You will need to intake 2 – 3 portions of yogurt on a daily basis for several weeks. Also, you can take some yogurt onto your finger and rub the inside of your mouth as well as your tongue for some minutes. After that, have your mouth rinsed with warm water? Practice 1 to 2 times daily for several days.

It would be a huge mistake to overlook garlic in this case as it possesses the strongest anti-fungal quality that can eliminate bacteria as well as yeast inside the mouth. Besides, it can significantly strengthen your immunity.

You can intake 2 to 3 cloves of fresh garlic every day so that you can keep infection away. In case you cannot digest fresh garlic, there are capsules and tablets with garlic concentration which you might try but only under doctor’s supervision.

You can find coconut oil at any grocery store or even supermarket. It is such a common ingredient that maybe you don’t know that it can effectively destroy the fungus that causes oral thrush while soothing your symptoms.

You can use a cotton cloth to dab some coconut oil onto the rashes. You need to practice for several times every day in about one week.

Also, there is another method with coconut oil that you can try is oil pulling. In the morning, when your stomach is still empty, you can take a tablespoon of this oil and have it swirled inside the mouth for at least 10 minutes. After that, you can brush your teeth like normal. Do this regularly will bring your health to the top. 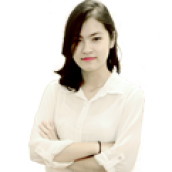 Lyndsie is the apprentice at Nutrition Society of Australia after finishing her bachelor degree in Human Nutrition at La Trobe University. She is also pursuing her master degree in Food Science at the University of Melbourne. With the great passion for nutrition and healthy diet, her future is brighter than ever in becoming one of the finest nutritionists and dietitians.

Blessings Of The Holy Month Of RAMADAN

Christmas in the world