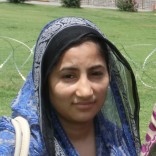 Well! At that time when anybody is tired and hungry than they like to make some too much easy to cook and fewer calories food which can be spicy and tasty also. At this situation, we waste some time of thinking this which is fulfill our this requirement. To avoid this situation, here I include some delicious also spicy recipes Spicy Macaroni Salad Recipe. I hope you must try it and enjoy it.

Macaroni and Its History

The discovery of macaroni (what the Italians call pasta mecca and which specifies dried–versus fresh, pasta fresco–pasta) has been attributed to the Etruscans, the Chinese, the Greeks, and the Romans, as well as the Arabs. I will try to lay out the history of macaroni as best we know it. But first we must ask what macaroni is and why it is important.

Establishing the locale era for the origin of macaroni hinges on identifying not its particular shapes, nor that it is made of flour and water, but the kind of wheat used to make it. If mixing wheat flour and water together and stretching the dough into threads is what is meant by pasta, macaroni, or noodles, that definition tells us nothing; it is not historically heuristic.

The very first macaroni products were likely to have been little balls of pasta, which were easily storable and could cook quickly in a region that lacked firewood and, therefore, the ability to keep fires going for a long time. This new food was also likely to be made to resemble other grain foods Arabs were already familiar with, such as millet, barley, and rice.

Read About: This Brown Rice Bowl Is Your New Lunch Go-To

Spain is also a locus of the early history of macaroni. Ahmad ibn Muhammad al-Razi (888?-955?), the Arab geographer, describes the existence of hard wheat in Toledo saying that, “The air [of Toledo] is excellent, and grain stays a long time without changing.

Professor Andrew Watson’s book Agricultural Innovation in the Early Islamic World: The Diffusion of Crops and Farming Techniques, 700-1100, published in 1983, discusses the rise and spread of hard wheat. Watson was struck by the apparent absence in ancient writings on agriculture and natural history of any precise description of hard wheat.

The evidence is clear that by the fourteenth century, macaroni is well known. In Sicily, there are documents from 1371 saying that the prices of macaroni and lasagne in Palermo are triple that of bread and bourgeois households usually have a spring a, a wooden instrument for beating, kneading, and compacting the pasta dough. By the late eighteenth century, macaroni was the food of the common people in Italy.

Read About: 13 Two-Ingredient Cocktails Anyone Can Make

Thanks to its affordability and versatility in the kitchen, macaroni makes up a staple in the average American diet. In fact, the average American consumes 20 pounds of it annually, according to North Dakota State University. Macaroni provides you with energy, as well as essential nutrients in the form of fiber, vitamins, and minerals. Pair your macaroni with healthful ingredients to prepare nutrient-packed meals.

If you have a streak of rebellion—or just a whole bit of playfulness—you will be happy to discover the joys of macaroni al for, or oven-baked macaroni. Though much of Italian cuisine brings with it age-old traditions and techniques, there are no rules. Go crazy!

Read About: Amazing Benefits of Coconut Water and its Uses

Add oil and garlic in a pot, fry for 2 minutes or until light brown. After that add water, red chilies, pepper, salt, chicken cube and cook for few additional minutes. Add all the extra things expect cream and remove from the heat. Pour Cream and strain it and remove in a dish. Add carrots and coriander for garnished, serve hot. 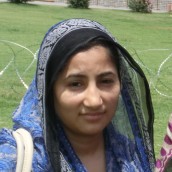