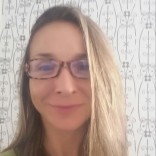 Diana Smith is a full-time mom of two beautiful girls…

8 Easy Ways To Get Your Body Back After Giving Birth

Did you know that sitting increases the risk of death by 40%? Yes, studies have shown that sitting 6+ hours per day makes you up to 40% likelier to die within 15 years than someone who sits less than three hours. Other studies show that on average, people spend nearly 8 hours per day sitting down, and some results estimate that there are individuals who remain seated for almost 15 hours a day. These numbers are quite alarming given the fact that our bodies were not designed to spend too much time in a sitting position. Some of the consequences can be quite severe if not averted on time and it’s crucial to get a clear understanding of what’s happening to your body during these quiet periods.

The most common issues which occur due to the extended period of sitting are posture related problems. Back problems and strained neck and shoulders are quite common occurrences as this position makes you tilt your head and neck and doesn’t allow your body to be in a proper physical. Also, sitting puts more pressure to your spine and disks get squashed unevenly. In most cases, this results in common back pains, while in others it can provoke disk damage, an inflexible spine, and long-term posture issues.

Not using your muscles quite often can create many long-lasting effects on your body, especially regarding muscle deterioration. While sitting down, the muscles in your body (abs, glutes, hip flexors) don’t have a need to tense nor do much work, making them weaker and limper. Soft muscles can impair your balance and even limit your range of motion. Also, this type of inactivity promotes obesity, as the electrical activity in your legs will shut off. Your calorie burn will decrease, as well as the enzymes that help break down the fat. Another aspect that increases the risk of obesity is the fact that, during this idle period, the digestive system works much slower than usually.

Poor circulation due to sitting too much can lead to various disorders, of which the most common are swollen ankles, varicose veins and sometimes even the formation of blood clots, commonly known as deep vein thrombosis. In other cases, lack of movement and exercise is one of the leading causes of osteoporosis, a condition in which bones become fragile and weak from loss of tissue. Simple weight-bearing exercises, as well as walking and running, are known to promote healthy, dense and thicker bones.

Believe it or not, but staying too long in a situated position can have significant effects on your brain. This doesn’t mean that you can develop some serious brain disorders or conditions, but it’s quite likely that some functions of your brain might work a bit slower. This is quite simply because the brain requires oxygen and blood to work appropriately and by not moving for an extended period, it has no way of acquiring said elements. This causes lack of concentration and lack of focus, as well as some other similar conditions. It can also affect the mood, as the stationary state can prevent the release of mood-enhancing chemicals in our bodies.

Which Lipstick Colors Will Make Your Teeth Look Whiter?

Lastly, those who are used to spending a certain amount of time motionless are at a greater risk of suffering various conditions as well as organ damage. Prolonged physical inactivity promotes slow blood flow, which can, later on, clog the heart. Increased cholesterol and high blood pressure are common occurrences in sedentary individuals, while a study shows an increased risk of dying of heart disease by 64%, over a period of 10-20 years of sitting for more than 6 hours daily. It’s also said that just one day of excess sitting makes the pancreas produce more insulin, creating a greater risk of diabetes. Excess insulin is known to promote cell growth as well, which makes an excellent foundation for developing certain cancer types such as colon and breast cancer.

Read About: Create a Herb Garden at Home

What Can You Do?

While these findings are quite frightening, there are certain ways to prevent these conditions from happening. For instance, indulging in any physical activity for 30 minutes per day can substantially decrease the risk of suffering these types of conditions. Also, practicing yoga and seeking chiropractic services is another form of fighting these poor conditions. It’s also a good idea to implement ergonomic furniture or even standing desks into your working space and to regularly take breaks if your job is office based. During your leisure time, make sure to get up and stretch every hour or so or at least indulge in some mild exercising during commercial breaks.

With the whole technological era on the rise, where more people are becoming involved in TV, computers, information technologies and office based businesses, which require a fair amount of sitting, it’ll become necessary to educate people about the perils that these habits carry with them. Prevention is always the best medicine, but a simple lifestyle alteration can avert most of these conditions and implementing just a short exercise interval into our daily schedule.

Tags
health and care Sitting For An Extended Period 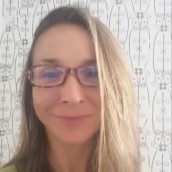 Diana Smith is a full-time mom of two beautiful girls interested in topics related to health and alternative medicine. In her free time, she enjoys exercising and preparing healthy meals for her family.

A Guide to Palm Reading

Quick and Healthy Side Dishes for Dinner