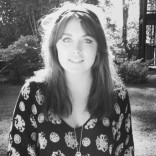 Lisa van der Steen is a highly qualified writer and…

Bought a New Pair of Shoes? Read this before you wear them

The British Association of Aesthetic Plastic Surgeons (Baaps) recently revealed that cosmetic surgery ops were on the rise again in 2015 after a recent decline. Whether it’s because the economy is increasing again or it’s the influence of selfie-obsessed celebrities such as Kim Kardashian, cosmetic surgery no longer seems to be seen as an indulgence in 2016.

It was reported that there were 51,140 surgical procedures in Britain last year, compared to 45,406 in 2014. Breast augmentation, eyelid surgery and face and neck lifts still make up for the most popular treatments, but non-surgical procedures such as lip fillers and Botox are also on the rise.

The Influence of Selfies and Social Media

Many studies have revealed that social media can have a negative impact on one’s self-worth. Seeing friends’ pictures on holiday or parties can trigger feelings of loneliness and inadequacy. Moreover, the cultural phenomenon of taking selfies hasn’t exactly helped to make us feel better about ourselves. According to Forbes magazine, “[taking selfies] exposes a very basic human desire – to feel noticed, appreciated and recognized.” As a result, we’re becoming more self-focused and eager to make ourselves look better than we do. People who already have a low self-esteem risk feeling an even stronger need to change something about themselves.

From Iggy Azalea announcing she’s so happy with her augmented breasts to Kim Kardashian sharing pictures on Instagram after she just had vampire injections, many celebrities no longer deny claims that they have had cosmetic surgery done. Although this has made the celebrity industry a lot more transparent, it also plays an important part in why more and more young people now choose to have cosmetic surgery. In a research by the American Academy of Facial Plastic and Reconstructive Surgery (AAFPRS), 82% of facial plastic surgeons indicated that celebrities are an important influence in young people having cosmetic surgery. By seeing re-touched images online, they start fixating on their flaws and wish to replicate the look of their favorite celebrity. However, there’s the potential danger that youngsters see surgery as a commodity rather than realizing it’s something that cannot be reversed.

Men are Joining in Now Too

How to Wear Stylish Hijab

Another reason that cosmetic surgery ops are on the rise is that men are joining in now too. Common treatments for men are liposuction, nose jobs, and eyelid surgery. For a long time, cosmetic surgery was seen as just a female trend, and it’s true that women still make up approximately 91% of all operations in the UK. In the last ten years, however, the amount of men getting cosmetic surgery done has doubled. In the world of advertising, there’s an increased focus on male grooming and society’s pressure of having to look good is no longer something that is mostly felt by women.

Finally, another reason for cosmetic surgery’s growing popularity is that it’s much easier nowadays to find information about the procedure online. By reading reviews, people are better able to make informed decisions when they are considering surgery, and they can check a surgeon’s reliability beforehand. It was recently announced that the General Medical Council is bringing in new guidelines for cosmetic procedures that are meant to stop promotional tactics like two-for-one offers. This should bring a stop to rogue practitioners and can significantly reduce the amount of cosmetic surgery claims that are being made each year. However, if you’re considering surgery, always check if you’re visiting a qualified surgeon and that you’re aware of the risks involved. 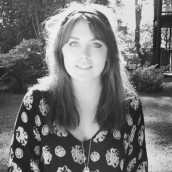