Snoring is highly common, however, if you experience loud snoring and feel tired during the daytime, then it could point towards sleep apnea. It is serious health condition in which the sufferer stops breathing during sleep for short intervals. Not paying attention to this disorder can make it severe, proving dangerous for the well-being of an individual.

That is why so much emphasis is  spent on treating sleep Apnea without any delay. However, before discussing the possible treatment options for sleep Apnea, it is crucial to understand its symptoms.

Read About: What is Your Favorite Sleep Position Says About You

Sleep apnea might appear like a habit of scoring initially. Carefully analyzing the condition of an individual and looking for a few important signs can help to determine if it is sleeping apnea.

If rightly diagnosed, sleep apnea can be treated with the help of effective natural methods. This condition is treatable, and a few lifestyle changes can help to get rid of moderate or mild sleep apnea. Some of these self-help remedies have been mentioned below.

In case the remedies mentioned above do not prove to be useful for treating sleep apnea, then a visit to the doctor should not be delayed. The Proper medical evaluation might be required to determine the right method for treating this problem and its underlying cause.

What Are The Perks Of Giving Corporate Gifts?

Are You Familiar With The Benefits of Using LED Filament Bulbs? 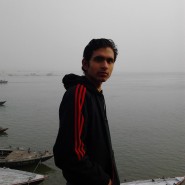 Varun is an enthusiastic young writer who is energetic and talented. He has done BE and MBA. He has sound analytical and technical skills. He is the blogger, SEO Expert, who likes to write on social issues.