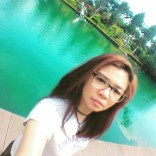 Marjorie Mae Mendoza is a Filipino-freelance writer currently based in…

Attaining Most Advance Sort of Security and Locksmith Services

You read about them everywhere, hear about them and complain about them as well. Pokemon Go has reached such a phenomenon that it has been compared to the popularity of Game of Thrones and iPhone 5. On an average, users spend more time engaged in Pokemon Go than SnapChat, Facebook, Twitter, and other social media apps today. However, before downloading this ultra-awesome, augmented-reality game, best to keep in mind the following points: Take care while Pokemon Go Player using.

Users everywhere can’t wait to get their hands on this excellent app, where most users download the APK files and log out of their iTunes account to register a new one using a new location. Taking short cuts and using unauthorized third-party gaming sites may seem the easy and fast way to have a go at the app, but the repercussions and risks of doing so have greater far-reaching effects.

With its popularity and many wanting to have a go at it (no pun intended), a threat of being hacked is real and prevalent. According to sources, many hackers are taking advantage of the trend by requiring users to “side-load” a DroidJack which is a malware that compromises your phone’s security, making it easier to hack your device. So if you want to install some shady APK files for Pokemon Go, make sure to delete your nudes.

Another thing to be aware of is knock-offs. Pokemon Go has become so big that most shady app developers are jumping the bandwagon to get their apps out there. When you search for Pokemon Go on your respective app stores, a ton of knock-offs shows up on the results page. Researchers have spotted at least three fake apps, even on Google Play Store. One of these fake apps posed the biggest threat to Android users. This rouge app deliberately locks the screen of the victims’ devices immediately after being installed, rendering the devices unusable.

Pokemon Go is an app that utilizes your phone’s GPS and data connection (either cellular or WiFi); your location is communicated through the Internet, and can be compromised. Aside from that, playing the game requires you to grant the app full access to your Google account. Many players revolted against this until Niantic – the official Pokemon Go developer issued a statement saying that they are working to fix the problem and are rigorously working with Google to revise its privileges. So make sure to update the app to enhance its security features.

However, if you are still not satisfied, you can create a dummy Google account and use it to play Pokemon Go. Whether it is available in your country or not, make sure that you protect your privacy, both online and offline.

Read About: 7 Games Apps You Need to Download This Year

3. Use Common Sense While Catching Pokemon

We have to admit that Niantic did a pretty great job in developing Pokemon Go (despite reported privacy issues). It is fun and free – the perfect combination for any viral game, plus it also extremely interactive. But there are some who get a little bit too carried away where they prioritize the game over their life. There have been many reports that people are losing their jobs because they spent most of their time playing Pokemon, or skipping school to look for them, trespassing in private properties and military facilities. Violence related to the game have also been sighted across the Internet. Don’t get too carried away when playing and never disregard your real life responsibilities.

4. Be Aware of Your Surroundings While Playing

By using common sense when playing Pokemon, you should also be conscious of your surroundings. When exploring the neighborhood, always be aware of where you are. If you arrive at a place where you are unfamiliar with, use your GPS and maps to get home safely. Never wear jewelry or bring expensive gadgets that attract unwanted attention, i.e., muggers, and robbers. Most important, never play the game while driving. There have been many accidents associated with playing Pokemon Go while driving. For pedestrians, always look both ways when crossing, be aware of any incoming traffic and always watch your back. Always be cautious, be aware of your surroundings instead of only staring at your phone all the time.

7 Apps That Help you Make Money

Based on the feedback and the ongoing Pokemon Craze all over the Internet, people are getting into the game and catching them all. Now, we all know what binge gaming does to our body, where to get so engrossed that we forget our basic human needs such as sleeping, drinking water, eating, and answering nature when it calls. So when playing Pokemon Go, do not ignore your bodily needs. When you are out exploring, always carry little bits of snacks and a bottle of water to keep you hydrated.

Read About: 7 Wonderful Word Game Apps for a Guilt-Free Pastime

Pokemon Go requires players to go out there and catch the Pokemon that you encounter along the way. While walking outside to play a game is what most players look forward to, some are just too lazy even to get off their couch. For these couch potatoes, cheats and hacks to get around the game were developed. One of the many things that people do is hatch eggs and to do that, you need to walk at least 2 kilometers for regular eggs and 10 kilometers for the rarest ones. To fool your phone’s sensor, some players tie their phone to fans or place them on record players to increase walking distance without actually leaving your house. For tech-savvy players, fooling the games, GPS is easy, by using only rooted and jailbroken phones and spoofing their GPS locations so that they can magically catch Pokemon.

However, before you start using any clever hacks and cheats, be warned that you run the risk of getting banned from playing the game for at least five hours. Also, cheaters are punished by making wild Pokemon run away from them, leaving you with less Pokemon to catch. Though Niantic hasn’t imposed harsher bans yet, the developer promises to block completely players that have multiple offenses.

So with these tips, the advice to players is to play the game with discretion and keep in mind their own (and others’) safety. Play the game responsibly, respects other players, and play fair. With these tips in mind, it’s time to go Pokemon Go! 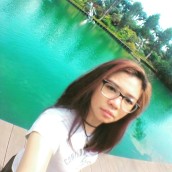 Marjorie Mae Mendoza is a Filipino-freelance writer currently based in Kuala Lumpur and has been writing professionally since 2010. On top of her superb writing skills, her excellent command of the English language paved the way to enrich her career in radio broadcasting, working with some of the biggest names in radio. To enhance her skills, Marjorie is continuously working as a creative writer who continually improves and develops her style.

The Perfect Outfit for Baby Girls

The Pixie Cut is Back in a Big Way, and We’re Smitten