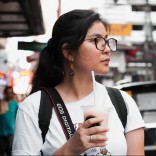 Mina is one of the daytime writers for North Shore…

You wouldn’t want to swallow a tablespoon salt but chances are you’re actually getting the same amount (or more of it) each day.

So what’s wrong with when I decrease sodium? Let’s make it clear – Sodium is an essential nutrient that should be part of your diet. In fact, the U.S. Food and Drug Association recommends that adults should limit their sodium intake to no more than 2,300 milligrams per day. The problem is more people are getting more than the suggested amount. Too much salt can outweigh its benefits and can harm the body, particularly your heart and kidneys.

Aside from fat and sugar, salt is another dietary factor we should consider cutting back on and it’s amazing how reducing a few pinches of salt from your diet can lead to impressive health benefits, like the following listed below.

1. Your Blood Pressure Will be Lowered by Reducing Sodium

Do you see yourself as a candidate for hypertension? Reducing your sodium intake is one of the most effective ways to keep your blood pressure out of the danger zone and feel a lot calmer.

Dietary Approaches to Stop Hypertension program (DASH) conducted an experiment directed by National Heart, Lung, and Blood Institute to determine the effects of salt consumption on one’s BP. They divided their respondents into three groups and asked them to consume different amounts of sodium; one group consumed 3,300 mg of salt a day, one consumed 2,400 mg (which is recommended by most experts), and one restricted their salt consumption to 1,500.

The results clearly showed that the less sodium they consumed, the lower their blood pressure, which also just proves that cutting back on salt even below the recommended level can give impressive benefits.

And if you didn’t already know, people with lower blood pressure are likely to have a lower risk of developing heart disease and stroke. So aside from saying no to fatty, cholesterol-packed foods, resisting the salt shaker also does well for your heart health.

3. There’ll be Less Pressure on Your Kidneys

Day by day, we put a lot of pressure on our excretory system, especially when we’re on a high-salt diet and we’re not drinking enough fluids. Lowering your sodium intake gives your kidneys a break – they’ll have less difficulty in filtering blood and keeping up with the excess sodium in the bloodstream.

Here’s How it Works

The kidneys strive to remove unwanted fluids and excess water out of your blood (osmosis), which requires a good balance of salt and potassium. A high-sodium diet alters the balance, impairing the kidney function and causing it to remove less water which may lead to higher blood pressure. It has also been linked to the development of urinary calcium, the main component of renal stones.

In a nutshell, restricting your sodium consumption eliminates the strain on your kidneys and lowers your risk of urinary tract infection, kidney stones, and other kidney problems.

Let’s make it clear – eating excess salt doesn’t directly increase body fat. It causes an increase in water weight, which would also show up on the weighing scale. For sure, you feel thirstier after eating a whole bag of chips loaded with salt. It’s because sodium attracts water like a sponge and causes water retention, which will also make you look and feel bloated.

Restricting your salt intake will flush the water out, causing your weight to go back down quickly.

Aside from age, heredity, obesity, and lack of physical activity, sodium intake is another contributor to vein problems like varicose veins.

Aside from leaving you bloated, water retention caused by excess sodium and/or potassium deficiency will increase the volume of blood flowing through your veins. It will then put added strain on your veins and their valves.

What Your Nails Really Say About You

If you curb your sodium-packed diet, you’ll prevent your veins from weakening and from developing diseases like spider veins and varicose veins.

Simple Ways To Cut Back On Sodium

There are a lot of ways to minimize your sodium consumption. Some actions include:

Nothing beats home-cooked meals since you’re aware of the level of salt you put in your food. To minimize salt without skimping on flavor, use herbs and spices. Opt for fresh produce, lean and skinless meats, and unsalted nuts.

If you’re Eating out, Order Carefully

If you can’t avoid going out, always opt for their low-sodium choices. Select fresh greens and fruits. If you’re having a salad, opt for olive oil and vinegar-based dressings, or ask them to put your dressings on the side.

Pay Attention to the Labels on your Processed Foods

Processed foods contain nutrition labels which make it easier for you to know the exact amount of sodium you’re consuming. Aside from chips, watch out for foods like canned meat, soups and vegetables, cheeses and buttermilk, salad dressings, salty condiments and sauces, cold cuts and cured meats, pretzels, and frozen dinners.

Load up on Potassium-rich Foods

If sodium retains water, potassium releases it. There should be a right balance of both in your system so increase your intake of foods like bananas, potatoes, beans, leafy greens, avocado, and dates which are rich in potassium. 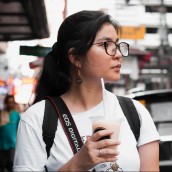 Mina is one of the daytime writers for North Shore Vein Clinic, a prominent group of vein specialists based in Sydney, Australia. Her articles mainly include practical tips on health, fitness, and beauty.

How Can I Get Thicker Eyebrows