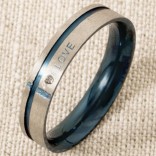 Besides being an avid reader and a wanderlust, Abhishek loves…

You can’t tame a woman with love as much as you can by gifting here jewels. But amongst them, infinite is their love for the engagement rings. Those small bands resting on the fingers can create a massive impact on the attire. But when they are sported on the ring finger, well, we can hear the wedding bells ringing!

And when it comes to Hollywood stars, they leave no stone unturned to make our jaws drop, eyes pop out and mind boggle. Here is a list of the glamorous ladies who managed to rock the world with an ornate piece of rock gracing their ring fingers.

The Duchess of Cambridge adorns her finger with an oval blue 18 carat sapphire and diamond ring inherited by her late mother-in- law, Princess Diana. The reason behind choosing this ring by Prince William is a silent remembrance to his mom on this special day.

The NBA player spouse of this rapper, Nick Young got a 10.43 karat Jason of Beverly Hills engagement ring for his lady, and went way too overboard with its price of $500,000! The ring features a huge, 8.15 karat Fancy Intense Yellow Cushion Cut center stone with 2.28 karat of white diamonds embedded on 18 carat white gold. That’s one large piece of the band.

Read About: 7 Celebrities who have Eczema

It must have rained on the day Angelina Jolie&#39;s ring finger was spotted with a band and a sparkler. After all, Brad Pitt did break hearts of all the girls out there. But still, he rocks in the ring department as much as he does in looks and charm. He chose a perfectly crafted 16-carat custom-designed Robert Procop diamond ring which looks exquisite on his lady.

Kanye West proposed to Kim with a gorgeous, custom-made 15-carat ring. The rock itself is flawless, and the to-be groom was himself involved in the customization with jeweler Lorraine Schwartz and wanted the stone to look as if it was floating in the air. Well, all of the Lights are now on Kim! 😉

Read About: Let’s Unlock Some Indian Beauty Secrets for You

The singer managed to light up a ‘Firework with her 3-carat Cartier stunner worth $120,000. Buzz is that Russel Brand initially proposed her with a 5-carat pink diamond Cartier ring.

This singer sported an ostentatious 35-carat emerald cut diamond and platinum ring. The ring was gifted by her long time boyfriend, James Packer. Well, Mariah Carey must be blimey!

Ryan Reynolds presented the ‘Black Widow’ with a 3-carat, round-cut diamond set on a gold band in 2008.  And post their break up, she confirmed her engagement with French journalist Romain Dauriac in August 2013 by flashing her wedding band. The diamonds of vintage Art Deco Ring are rose cut and flat instead of pointed. Well, it’s difficult to judge which one is a better one.

The ‘Bad Romance’ singer has finally approved her romance with her beau Taylor Kinney.  The latter proposed the singer on Valentine’s Day, 2015 by slipping an ornately crafted heart shaped solitaire ring. How something like this can escape the paparazzi?

Tested Tricks for a Bug-Free Backyard

The ‘Transformers’ fame, Megan Fox, also got hitched when Brian Austin Green went down on his knees with a platinum three-carat diamond ring featuring a diamond halo.

The relationship status of the ‘Complicated’ girl finally changed to ‘Engaged’ when fiancé, Chad Kroeger, proposed with a 14-carat bling affair in August 2012. Yipee, she finally found her ‘Happy Ending.’

The actress got a big four carat sparkler when her long-term boyfriend, Jim Toth proposed her in December 2010. The ring looks neat, crisp and classy.

The American business person, socialite and the multi-talented posed for the shutterbugs with her newly acquired 24-carat diamond in May 2005 after her beau, Paris Latsis proposed with the jewel, worth $4.7 million. We wonder what’s with the name.

Ashton Kutcher did a great job by picking up an understated yet elegant piece of bauble for his love. The design is timeless and classic without much of bling. Ashton went down to the road of love and commitment on August 2014 with a prong set, low cut diamond ring assumed to be around 2-3 carat and the band to be of white gold or platinum. Well, the sober it is, the better it is. 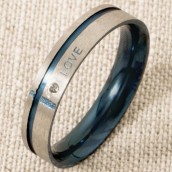 Besides being an avid reader and a wanderlust, Abhishek loves to write about fashion and also a Social Media Manager at Voylla. Abhishek live to eat and not the other way round. Find him on Voylla's blog or any cafe in the town.

Three Cups of High Caffeine Coffee a Day Could Add Years to Your Life, Suggest Studies

How to Fight Depression After the Loss of a Parent?