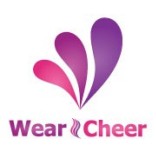 Hello, Horoscope lovers come on, here I have got something special news for you, and we’ll be running a series of all about Astrology and Horoscope. Surprising news for all horoscope lovers now you can download a complete course on horoscope and astrology which is now published on wearandcheer.com. Seriously, everything you want to know related to horoscope or even didn’t know you wanted you to know— everything will is covered here in this series, with complete details.

The first part of this series—will cover your first step in History of Astrology and categories of Astrology. A huge list of article series on horoscope and astrology and other topics related to this field like stones, days effects on childbirth and beneficial colors for zodiac signs are coming in next publications. You can subscribe our website for future news and latest stories about this topic.

Most appropriate items we are going to discuss in this series are below:

If you are a student of Astrology and psychology, then you must read this series of horoscope and astrology on wearandcheer.com, and you must need to download our course of horoscope and astrology.I hope you will get a lot of useful information about your studies and subjects. This course can also be used as your course work for getting extraordinary knowledge which helps you to get extra benefits in your studies. If you want a good future for yourself, your children and your partner, you’ll get all excellent information and knowledge from the horoscope course on wearandcheer.com

Astrology is an opening, is a conversation and is about creating the future. Astrology is the study of the authority that remote cosmic objects, stars, and planets, have on person lives. This is a relationship between human and their cosmic. This relationship is like as mirroring. The cosmic mirror you and you mirror the astronomical.

This is the term which we used for determining the position of the Planets and set of emphases at a particular time. An astrologer can raise a Natal chart by using your exact birth time and location, shows where your thought and talents are likely to be focused on expanding life experience and mastery. Astrology is used to identify and understand your particular characteristics, perspective, and strengths. Preferably Astrology will help you connect more fully with life, win on many levels and help others win.

This is an intricate system that encompasses more than that Sun sign you were born beneath. Most people know about Astrology is their “sign” which refers to one of the 12 constellations of the zodiac. It is a kind of Sun sign Astrology. Newspaper horoscope is calculated by using Sun sign Astrology. It is the simplest form of Astrology because the only date of birth is needed to generate the Sun sign Astrology and it produces a very limited result.

For a more accurate reading, astrologer checks to see what sign each Planet was in at the birth time. After that, the signs and planets combine with other elements, like as houses and angles, to form a multifaceted and often very precise profile of a subject’s personality, life, and future prediction.

There is no single united theory of Astrology. Earliest cultures all experienced their forms, some of which collective and developed into today’s ordinary western astrology. Eastern cultures continue to practice their forms of astrology, Vedic, Tibetan, Indian and Chinese astrology are among the most well known.

Even within this, astrology is dividing by the result that is intended:

Vedic astrology is a part of the earliest knowledge of Astrology in India which is known as Vedas. Vedas are referred to as the way of knowledge and astrology has been supposed as the eyes of Vedas among its six major parts.  The word Vedic has been taken from ‘Veda’ which is a Sanskrit word and signify towards a broader feature of knowledge causing each and every region connected to human life.  Currently, Vedic astrology has been recognized as the most influential as well as practiced astrology universal.

I Ching is an earliest Chinese Oracle. I Ching is not a Fortune Telling System, it is a Guidance system. It activates the wisdom of your subconscious, and it depends on your current mind state. With the help of I Ching, you raise the power in yourself to appreciate what moves you should take in life and the immediate future.

I Ching does not frankly give you the path, but an accurate reading of the words of the I Ching attached with some soul searching by you will help you discover genuine and perfect guidance.

Astrology plays a major role in your pet’s life; it is a god, a cat, a parrot, a pigeon, a horse, etc. Your bird or your pigeon behaves wondered differently. It could be determined by their date of birth and how astrology affects their character. You shall have an easier time in elevation your pets if you appreciate what makes them they are and how their fundamental performance will develop depending on their astrological sign.

If you got new pets for your residence, here’s an immense way to know just what to anticipate out of them and how you should perform to them so that both of you can obtain beautiful with each other.

Bringing a baby into this new world is certainly an important decision of life which is excited as well as the transformative phase of life. “A baby is GOD’s opinion that the world should go on.” Carl Sandburg, a greatest American writer, writes, “A child is the best gift bestowed to every couple by the almighty.”

Every parent has wished to raise their child in the best way which is certainly possible with child astrology. Child astrology which helps sympathetic the general aspect of children with perfect reading, child astrology is a science particularly those parents who desire their child to follow the path that finally leads to an immaculate destiny right from the beginning.

The sky is the most important part of our daily experience. Acquaintance may make the beautiful actions going on at ground level appear approximately standard. We can understand that the plants and animals grow and die, rain falls and rivers flow.

The sky is farther comprehension, and two significant objectives move throughout the heavens, one hot and constant and other cold and unstable. In the day time, there may be sunny, may be racing clouds, darkness followed by thunder and may be lighting it depend on the sky mood.

Human’s interest in the sky is at the heart of three separate stories, Astronomy, Astrology and the calendar. Astronomy is the scientific study of sun, moon and start. Astrology is a pseudo-science interpreting the effect of the planets on human existence. Both are closely linked in early history.

Astrology is primarily most fundamental science that defined both astronomy and psychology. Thousands of years ago, studies and used all over the world; astrology is the knowledge of the communication among the stars and the planets, based on complicated mathematical cycles.

Oldest people known astrology records date back to Babylon, 1645 BC, and horoscope back to 410 BC. The Babylonians are commonly recognized with the birth of astrology. The earliest astrological chart is facilitated them to estimate the repetition of seasons and convinced celestial events. So in the creation and for more than 2,000 years ago, astronomy and astrology were the same science.

Early in the 4th century BC, the Babylonian astrology was adopted by the Greeks.  They believed the stars and the oracles to predict the future. The ancient astrology was used to bring a sense of order out of apparent chaos; it was soon utilized to forecast weather patterns, mainly for agriculture purposes.

The Egyptians first used the astrology to describe the character of a person by using their date of birth and place of birth. In 4300 BC the star charts have been discovered to date in Egypt. The Chinese also urbanized an astrological system around about 2800 BC. It is very different than western astrology. The Greeks prejudiced Egyptian astrology with what they educated from the Babylonians. Ptolemy author wrote a book on astrology and astronomy texts. Astrology became an important part of the culture of many oldest people. Augustus was a Roman ruler (63 BC to 14 AD); he made coins with his astrological sign of Capricorn.

Later on, the Persians and Arabs people followed the Greek philosophies in astrology as compared to other sciences such as mathematics and medicine. In the 12th century, their studies were shared with Europe. Many of the Muslims and Persian astronomers decline astrology for religious and scientific reasons.

Astrology commences falling in status after Rome fell. Christianity blamed it was the work of the devil when the church grew in power; they start the practice of astrology for their purpose. For example, St. Thomas Aquinas believed that the planets controlled everything.  Throughout the Renaissance, when literacy became more widespread, almanacs began available astrological information for public expenditure. Various notable figures of the period, including Galileo and Copernicus, were both involved astrologers and founders of the modern scientific movement. Describe the natural relationship between astrology and science; yet, astrology commences to lose their popularity when myriad estimate about the great conjunction of 1524 failed to “come here”.

History of Astrology – The Revival

Many individuals still practiced the art; on the other hand, astrology enjoyed small amelioration in England in the 1700s to 1800s.  In 1930 when Princess Margaret was born, the astrology once again originates widespread popularity. That year, the London Sunday Express publishes an astrological profile of the princess to celebrate her birth and so began the recent newspaper horoscope column. In the last century, astrology rises in popularity through numerous astrology magazines and books. The United States had a very significant astrology program exposure on the radio in the 1930s.

In the 1950s, French astrologers Francoise Gauquelin and Michel wore sophisticated statistical studies to connect the positions of the planets to human nature. Today, it is not amazing to find out that an international leader is consulting the stars. Even as some still reject to trust in its predictions, just as many take it very critically.

While, you can enact much information related to Astrology and History of Astrology. The above information should help you get started in your research for the best life solutions.

In the intervening time, be certain to let me know your favorite lines in the comments below, and check back next article on Horoscope very soon.

I know you got a lot of knowledge and information in this article and curious about what would be the next article, so keep in touch, I assure you, in the next article there is a lot of information related to History of Horoscope. I hope you will enjoy the next part of this series, so let’s begin without wasting your time. 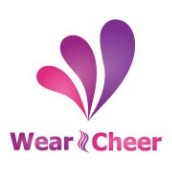