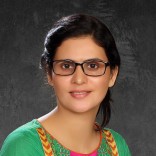 Cristiano Ronaldo dos Santos Aveiro!  Born on 5 February 1985 commonly known as Cristiano Ronaldo is a Portuguese footballer who plays as a forward for Spanish Club Real Madrid. He is also currently playing as a captain of Portugal National Football Team.

“Ronaldo is a unique player for all of his talent and his professionalism. He is a player who is extraordinarily consistent.”

“In the form, he is in, given the chance, he will score. Cristiano wants to bring his team to the final and show why he should be considered the best player in the world.”

Diego Maradona, on Ronaldo’s opportunity to take Portugal to the final.

The great boast that he got in his life was when he moved from Manchester United to Real Madrid in 2009 in an association football worth £80 million which made him the highest-paid footballer in the world. He is regarded by some to be the best player in the world and as one of the greatest of all time. Ronaldo began his career as a youth player. In 1997, he moved to Portuguese giants Sporting Club of Portugal. Ronaldo grabbed the attention of Manchester United manager Alex Ferguson, who signed him in 2003. In 2004, Ronaldo won his first club honor “The Football Association Challenge Cup” commonly known as ‘FA Cup.’ I would also like to quote few sentences of Alex Ferguson; he spoke these for 27-year-old Ronaldo, January 2013:

“Maturity brings many things. When I went to see them play against City, some of his decision-making regarding passing was brilliant. One-touch passing, good crosses. In the six years, we had him, you just saw his game grow all the time, and he was a fantastic player. Now you see the complete player. His decision-making, his maturity, his experience, plus all the great skills he has got, they all make him the complete player.”

Ronaldo is the first top European league player to reach 40 goals in a single season in two consecutive years (fastest Real Madrid player to reach 100 league goals). He is also known as the first player to score against every team in a single season in La Liga. He holds the record for most goals scored in a season for Real Madrid. In January 2014, Ronaldo scored his 400th career goal. After spending his first year at Madrid wearing the number 9 shirt, he began wearing the number 7 again following the departure of long-serving striker Raúl.

Sponsorships: Ronaldo has signed many sponsorships as his reputation gradually grew from his time at Manchester United. In October 2009, Ronaldo was named the new “spokesmodel” for Emporio Armani men’s underwear and jeans. In February 2010, he re-upped his contract with American sportswear company Nike until 2014. He has also signed other sponsorships from Coca-Cola,  Castrol, Konami, Banco Espirito Santo, Motorola, Jacob & Co., Herbalife, KFC, Tag Heuer and the Fly Emirates.

In 2006, Ronaldo opened a fashion boutique under the name “CR7” (his initials and shirt number) on the island of Madeira, Portugal.  Ronaldo expanded his business with a second clothes boutique in Lisbon in 2008. The stores include diamond-studded belts, jeans with leather pockets and patented buckled loafers. The store also sells slinky outfits for women.

Widely regarded as one of the two best players in the world of his generation (the other being Lionel Messi), Cristiano Ronaldo plays an attacking role most often playing as either a striker or as a winger. He is well known for his finishing, pace, dribbling, positioning, crossing and free kick ability and famous as versatile attacking.

If Messi is the best on the planet, Ronaldo is the best in the universe. If you are going to give out the Ballon d’Or because a player is the best, give it to Cristiano or Messi. But I ask: if the two are on the same level, is it normal that one wins four and the other one? It is not.

José Mourinho, when asked about the 2012 Ballon d’Or.

Top 10 Most Popular Sports in America

Ronaldo is known to be mentally sharp, with good vision, predicting certain plays and also possesses excellent reactions, balance, and agility. Although right footed, he is also able to control the ball and cross and finish well with his left foot.

Ronaldo is known for his pace, skill, control and dribbling ability. He can finish well both inside the area and from a distance. He is also an accurate set piece and penalty kick specialist. His height, strength, jumping ability and heading technique have given him an edge in winning matches and scoring goals.

Crisis in his Earlier Life

Earlier in his career, Ronaldo had been described as having the new image on the field with Ronaldo stating that he had become a “victim” because of how he was portrayed in the media. His managers, team-mates and various journalists have commented that this reputation has caused a bad image of him. Ronaldo’s direct football style, skill, and goal scoring ability have been his most noticeable traits throughout his career, and his overall talent has at times led him to be considered a player who stands out and who can be a match changer. Ronaldo is said to play to his fullest capabilities only when he’s under pressure and playing against a strong team.

Few of his achievements from the list of documents are mentioned below:-

I will end up with beautiful words of  Alex Ferguson, who describe this man with extraordinary talent. He spoke these words after Ronaldo’s transfer to Real Madrid.

“I have nothing but praise for the boy. He is easily the best player in the world. His contribution as a goal threat is incredible. His stats are amazing. Strike at goal attempts on goal, raids into the penalty box and headers. It is all there. Astounding.” 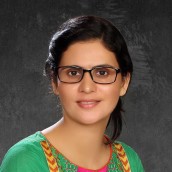